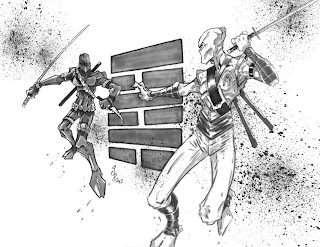 Storm Shadow © Hasbro
By Corey Breen
Pencil & Letraset Markers
Hey everyone!
It's GI Joe week at
http://sketchattack.tumblr.com/
I did TWO Sketch Attacks this time around, because you ALL know how much I LOVE GI Joe!
I wanted to draw someone other then Snake Eyes and Storm Shadow, but I just couldn't help myself. I am even working on a third GI Joe piece, which should be finished shortly that is also more ninjas.
Hope you like them, and I'll let you know what the next Sketch Attack assignment is going to be soon as they pick it.
CjB
Posted by Unknown at 8:07 AM No comments: 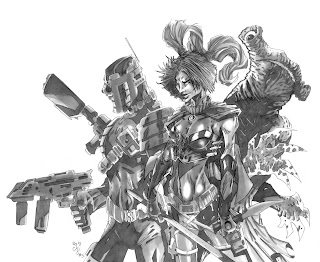 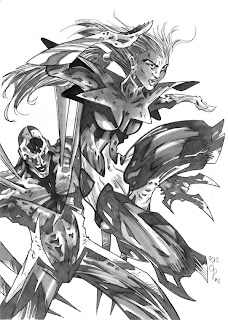 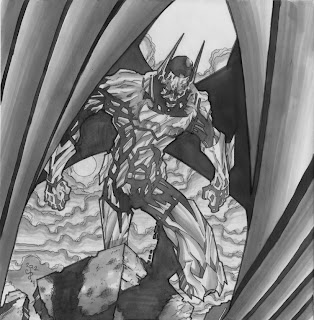 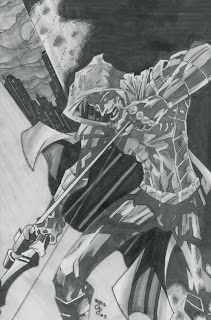 Green Arrow © DC Comics
Here are some recent pieces by me for you to see, sans all the logos and trade dress information.
Enjoy!
CjB
Posted by Unknown at 1:59 PM No comments: 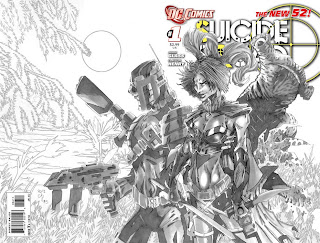 Suicide Squad © DC Comics
"52 by 1"
By Corey Breen
Pencil & Letraset Marker
First GATEFOLD COVER!
[This one was a B#TCH!]
LOL
This series has gotten a LOT of flack, mostly about Harley Quinn's costume change. I admit, it's not the Harley we all knew and loved, but I'm not so against this outfit. It was fun to draw, and it really adds to this INSANE look I feel Harley should have. She is supposed to be as wild, if not MORE wild then the Joker, and for that to happen, she should look like a freakin' psycho, which this outfit makes her look.
Agree or disagree, I like my composition on this one, and I'm very happy with the outcome of it. I tried to fit it all on one cover, but realized, why CAN'T I do a GATEFOLD cover for some of these if it calls for it.
Remember, I make the rules to this game!
LOL
Hope you like it.
Animal Man & Grifter next to round out February "52 by 1"!
CjB
Posted by Unknown at 2:08 PM 1 comment: 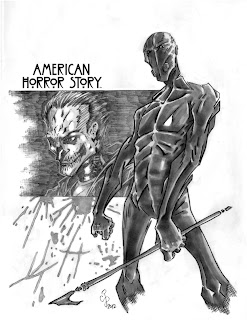 American Horror Story © FX Networks
By Corey Breen
Pencil & Letraset Markers
I know, I know, I'm extremely late to the party on American Horror Story. But my wife and I finally got around to watching all 12 episodes, and we were blown away! Awesome, awesome show. Scared the bejeezus outta us both, going as far as my wife demanding we watch it in the mornings when the sun is out.
LOL
O I therefore made sure that we only watched it at night, after 10pm with all the lights out, hahahahahaha. She had nightmares. Heck, I had nightmares from this show, it was that intense. And the father's fate at the end has upset me so much even a week after we watched it, I'm STILL messed up by it.
Anyway, if you missed the show somehow, go out and watch it, it was freakin' GOOD! Can't WAIT until season two, but if it is all new characters as the rumors suggest, I hope they get a cast as good as this one was, WOW!
Hope you like the piece.
Little break from 52 by 1 and Sketch Attack Blog.
LOTS more art flying your way, I'm like Jeremy Lin here! I'm ON FIRE!
CjB
Posted by Unknown at 12:06 PM No comments: 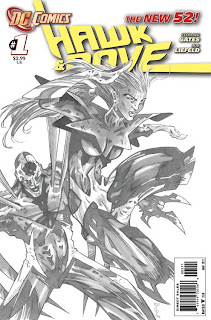 Hawk & Dove © DC Comics
"52 by 1"
By Corey Breen
Pencil & Letraset Markers
I know what you are saying; Hawk & Dove #1?! But it's supposed to be Suicide Squad #1 then Hawk & Dove #1. It's all out of order! AND late! LOL
Come down, calm down. Yes I am late, but only because I was working on catching up, so I did both at once. So I will post the Suicide Squad cover this week as well, then I'm back on schedule for Animal Man.
As for why Hawk & Dove is being posted first, well that's because I had it done first, and Suicide Squad cover is just taking longer, because it's a bigger piece. It's only three characters, but I drew it much bigger then the regular size ones, so it's taking longer to pencil and marker up.
And don't you worry about it much none either! LOL I make the rules here, a'ight?
Well, hope you enjoy Hawk & Dove. Suicide Squad in a couple of days or so, then Animal Man most likely by Monday or Tuesday.
CjB
Posted by Unknown at 10:07 AM No comments: 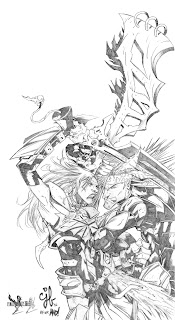 Final Fantasy XIII-2 © Square-Enix
By Corey Breen
Pencil
Really proud of this one. I never really do HOMAGES, but I'm really happy with how this one came out! One of my favorite images OF ALL TIME is the Joe Mad! Final Fantasy VIII drawing of Squall vs. Seifer, shown here below. 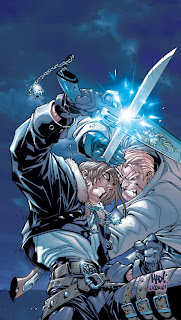 Final Fantasy VIII by Joe Mad!
I decided to draw the same pose but use Final Fantasy XIII-2 characters Lightning vs. Caius. If you think this was EASY, think AGAIN! The easy thing would have been to draw a NEW, original idea. But because I wanted to do a true homage to this piece I needed to really try and match the positioning of the figures, and that was NOT easy, let me tell you. It was hard because the characters were so different (mainly because of their costumes) and it really took a lot of sketching and erasing to work out how Joe fit all of it together so well!
But in the end, this was a LOT of fun to create, and again, like I said, I am REALLY proud of this piece and I think it really stands next to Joe Mad!'s piece really well, which was my point, and goal with this piece. Joe Mad! is my all time favorite bar none, and to be able to put myself in his shoes for just a little bit was SO COOL!
Hope you like it, and hope everyone is glued to their consoles playing FFXIII-2! I think I will do an inked and colored version of this one too, so be on the look out for that in the future!
KUPO!
CjB
Posted by Unknown at 9:26 AM No comments: 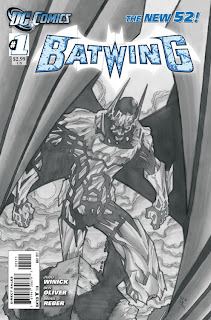 Batwing © DC Comics
"52 by 1"
By Corey Breen
Pencil & Letraset Markers
Month number one is IN THE BOOKS! Whew! Good stuff. I feel this Batwing cover is my best one yet, and I think I'm REALLY on a roll with these right now. I Feel like I have no rust what-so-ever and I can draw the heck out of these 52 covers from here on out! So far so good though, and somewhat on schedule! Hope you are enjoying the ride as much as I am!
Quick note on this one, and why I am so happy with it...
I put the Copics aside for this piece, mainly because they were drying out really fast, and I don't have the money for more right now. Instead I used my Letraset Markers I got from my wife last Christmas I never opened because I was saving them. I enjoy the Letraset Markers 500 times more then the Copics. For some reason, I just LOVE them. Copics are cool and all, but I feel the MOST comfortable with the Letrasets. I think it's because with Letraset Markers I can go from light to dark, and I can keep building and building tones on top of each other for a GREAT value of depth. With Copics it's really just 'BLAM', the tone goes down and there is no blending or building up of layers. It is a set tone, there is no leeway.
I will be investing in a ton more Letraset Markers now, and less on the Copics. I think it's also the fact that Copics are more of a brush, and I am much more comfortable with a nib! Be it mechanical pencil over graphite, or marker tip over marker brush or ink brushes, I like a fine point, and always have.
Well, enough of all that. On to finish the SUICIDE SQUAD #1 cover, which is next up. The NEW Harley Quinn costume!
HOT!
See ya in a bit,
Corey Breen
Posted by Unknown at 10:33 PM No comments: