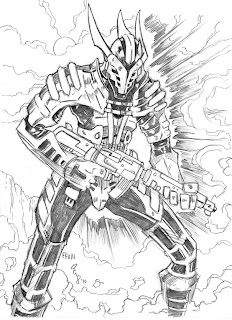 So I'm about 30 hours into what is one of the best looking, most fun RPG to play ever made, Final Fantasy XIII, and it's about 12:30am. I am at this HUGE part of the game where you face the real villain of the story for the first time. The villain turns into this huge monster, and I begin to take him down, piece by piece. With this game, the point is to keep switching roles until you find out what will take each enemy down, including spells and magic and physical damage. So I'm closing in on his health bar, about to win after about a 20 minute battle, when all of the sudden, in what literally was going to be the finishing BLOW, the power goes on my entire block because of the rain storm. It was the scariest, most intense moment of video game playing I've ever experienced. Because I was so ready to deliver the finishing hit, and the villain was throwing everything he had at me in a final stand, it seemed like he reached out into the real world and shut me and my apartment down. I thought he beat me in real life.

When my heart finally calmed down, I realized the power went out, and that I would have to face this villain another day. Suffice to say, I could not sleep a wink, and the whole thing really was quiet an experience. Fun stuff though. I will always remember that moment.

Anyway, here is another pin-up of a character from the game. These Storm-Trooper-like military characters are so cool looking, and have AMAZING designs. This one in particular, with their pointed helmets, I just couldn't resist not drawing. That, and I want to try and draw way more characters that have more complicated costumes and accessories. Super-Hero costumes are mostly just spandex, and form fitting, and pretty simplistic. I want to draw more complex uniforms and attachments. Not only that, but I also need to practice more tech driven costume design as well.

One of the reasons I LOVE Final Fantasy so much is their mix of Sci-Fi and Fantasy elements seamlessly. It is such an inspiration to do what I really LOVE to do, and that is character/ concept design. I really want to work on creating characters such as Lightning, Squall, Cloud, and Zidane, and all the sub-characters that exist in the series. I got a lot of work do to try to match my favorite game series, and I look forward to trying.

I hope you like the pin-up, and I HIGHLY suggest buying and playing Final Fantasy XIII. It's like a movie/ video game/ comic book/ role playing game. It is simply the best franchise in the entire world, especially in the look of the world they bring you too. Absolute EYE-CANDY! 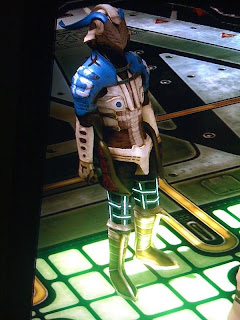 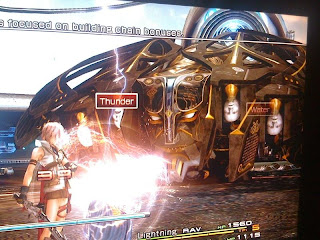 Posted by Unknown at 8:13 AM No comments:

"You think you die and everything will be sugar and rainbows?" 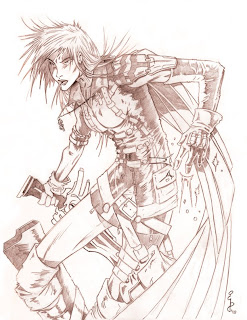 Anyway, as you can tell, I am already totally immersed in FFXIII and it's absolutely breathtaking. As in all titles in the series, it is very Japanese, and very cheesy at times, but the shear gorgeousness of the sci-fi world Square-Enix created is just awe-inspiring and draw-droppingly beautiful. 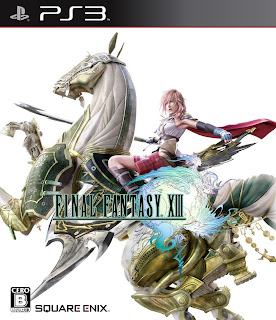 So naturally, I am obsessed with the game, and even though I'm only 4 hours in, I had to take a break and draw the main character from the game, Lightning. I hope you like it!

Now back to the couch tonight to play the game and be taken off to a gorgeous land far, far away! Thanks Square-Enix! You never fail to disappoint, and I thank you because when I play these Final Fantasy games, I get so inspired, and my imagination runs wild, and I get so many ideas. As much time as these games take up in my life, they motivate me and inspire me to draw and create art like no other! I know I just said I will be on the couch playing the game all night, but after that, I will be drawing my own art all day Saturday and Sunday!

Til next time,
Have a great weekend everyone!

PS- I Still have a bunch of art to post, including the Green Lantern DPS, but all in good time... So please be patient, and I'll be sure to have plenty of stuff to show for a good while!
Posted by Unknown at 8:49 AM No comments: 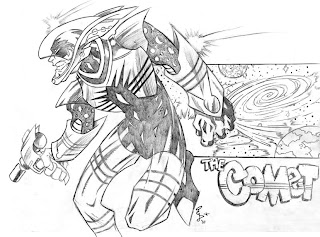 Another book I'm really looking forward to is The Comet from our library of Impact Comics' characters. One of my favorite artists, Duncan Rouleau has designed this new costume for The Comet, and I absolutely LOVE it! So I drew it. I actually liked this one so much, I asked my good friend, coworker (top notch DC letterer), and often collaborator, Mr. Steve Wands, if he would lend his pen to ink the piece. He obliged, and when he finishes that, I will post that, as I'm sure he will also post on his blog over at

After the inks are done, I think I may color this piece as well, or have Steve color it. If you know me, you know I just love anything Sci-Fi and I want this one to be a really cool finished piece. So stay tuned for more on this drawing as it gets inked and then colored!

Now I am off to get Final Fantasy XIII for PS3 - but I promise that it wont completely take over my life. I got a lot of drawings to do coming up, and even more to show you guys still, so no worries. Honestly, Final Fantasy usually inspires me to draw even MORE, so keep checkin' back in, and

Cor
Posted by Unknown at 8:22 AM No comments: 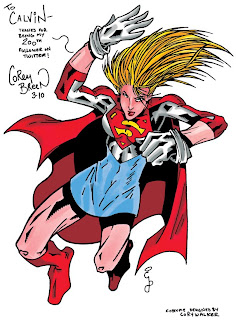 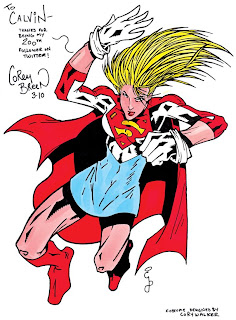 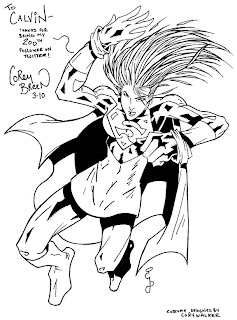 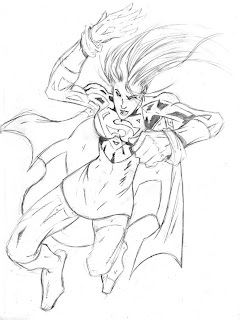 Supergirl © DC Comics
By Corey Breen
Pencil Sketch
Congratulations to Calvin Innes, who was my 200th follower on Twitter this past week. As a special thank you to him and all my followers, he won a special sketch of a character of his choosing. He choose either Batman or Supergirl. I decided to do Supergirl for him after seeing Project Rooftop's special Cory Walker Supergirl redesigns. Cory did such an AMAZING job coming up with numerous new costumes for the character, and they are all great! I choose to do the one I thought was just absolutely stellar, so thank you Cory for the inspiration! Awesome stuff.

I hope Calvin likes the piece, and it arrives to him in the mail safely and in one piece (it has to go across the pond)! I am forever grateful to all my fans old (my mom) and new (such as Calvin), and wanted to thank everyone for the time and their fondness of my art. I will always continue to try and impress you all, and get better day by day. I hope I am able to at least make you say, "oh cool, Corey did a new piece, nice!" 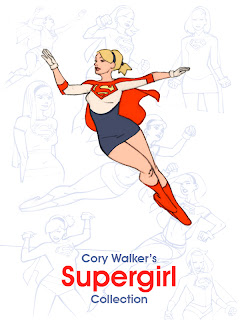 A Drawing of a Green Superhero NOT named Green Lantern! 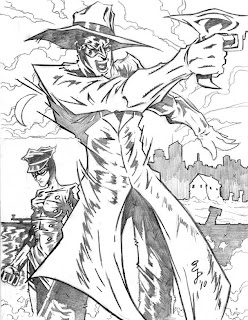 CjB
Posted by Unknown at 1:37 PM No comments: